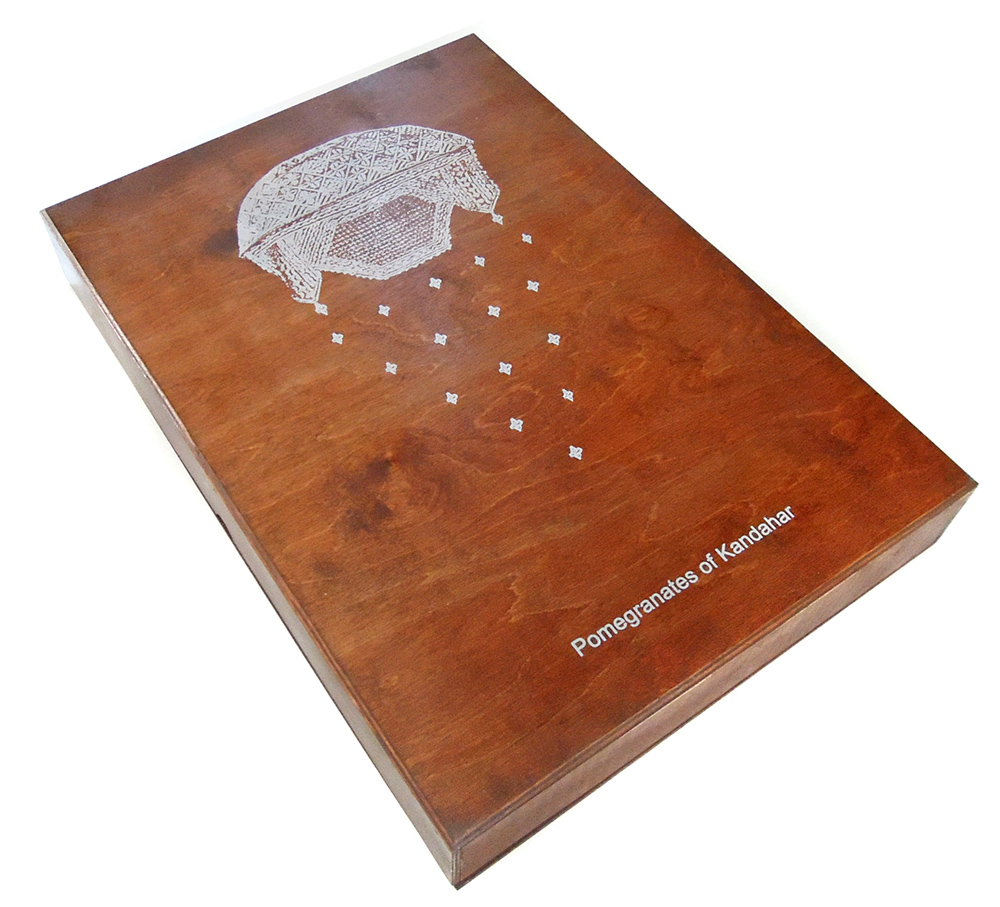 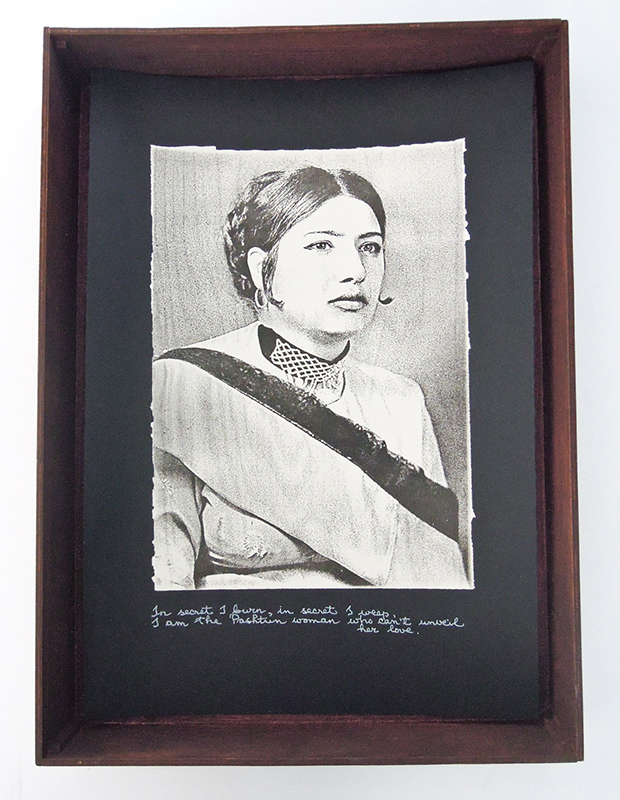 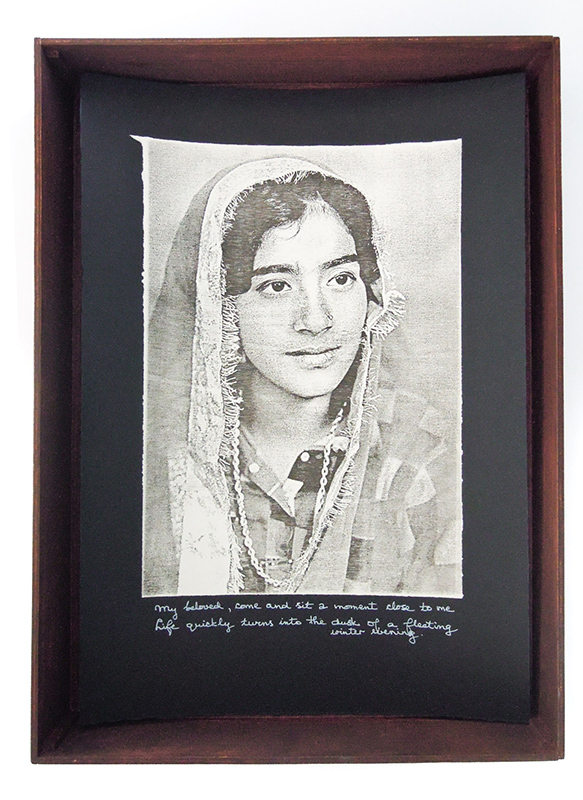 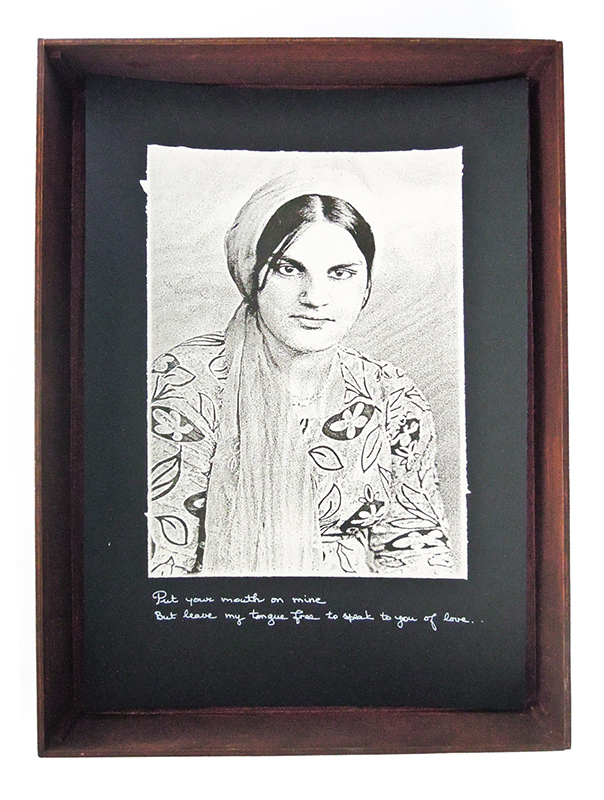 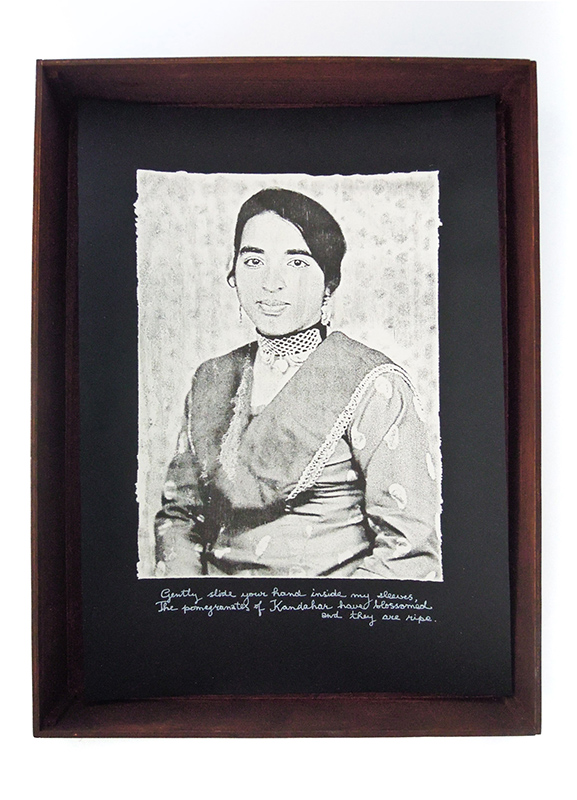 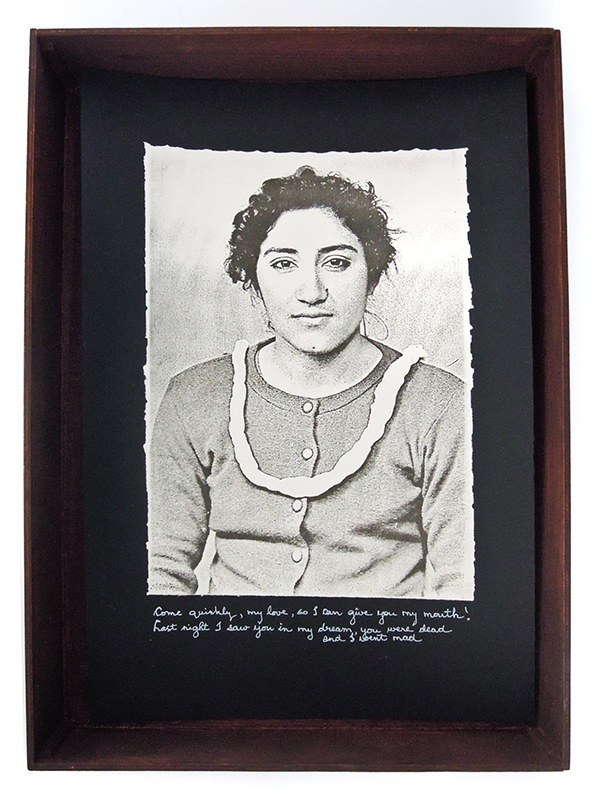 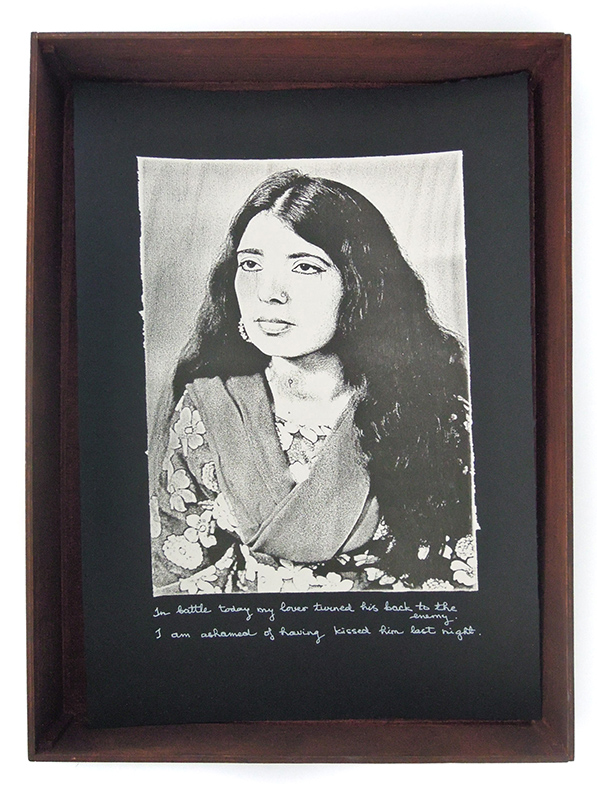 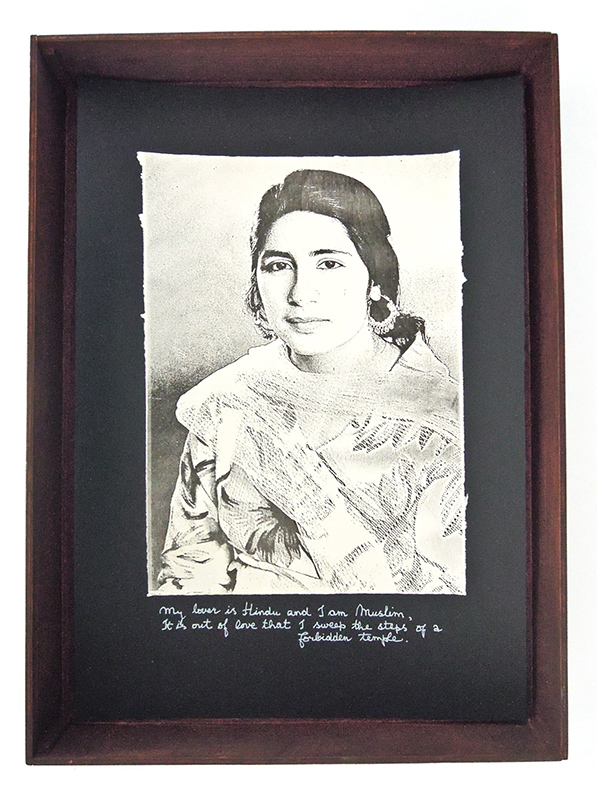 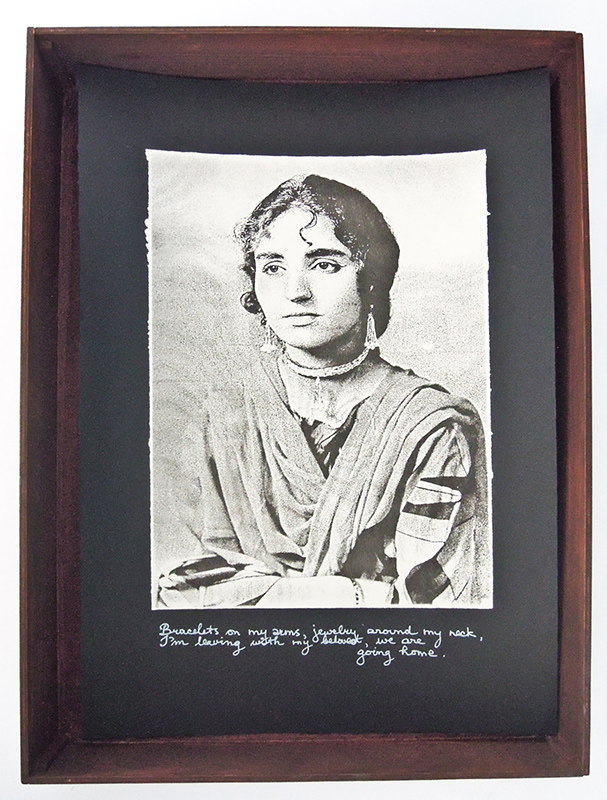 Comprised of woodcuts and poetry, this set of prints comes from a world that has been kept obscure and described only in fragments.

The photographs, which the woodcuts are based on, were taken in the Pakistani city of Peshawar, the capital of the North-West Frontier Province and the gate to Afghanistan. The Province is home to the Pashtuns, who also form the majority of people in Afghanistan. The Pashtuns have always crossed the borders of both countries freely.

Many of Peshawar’s photo studios have discarded their negatives in recent years; they were either of no use and a burden to keep, or destroyed out of fear of attacks by religious extremists. A large number of photo studios are located on the old Cinema Road. As the name implies, several cinemas were on this road, but only one remains open today.  All but one of the cinemas were attacked and shut down by religious extremists who see the effigy of man as sacrilegious.  Shaken by the attacks on Cinema road, many photo studio owners now fear for their livelihood.

These prints merge Marjolijn De Jager’s handwritten translations of Landays collected by Sayd Majrouh with the woodcuts I created from the photographic negatives of Pashtun women in my archive.

More information on visual culture in Peshawar can be found in the book I c0-authored with Sean Foley called Photo Peshawar.