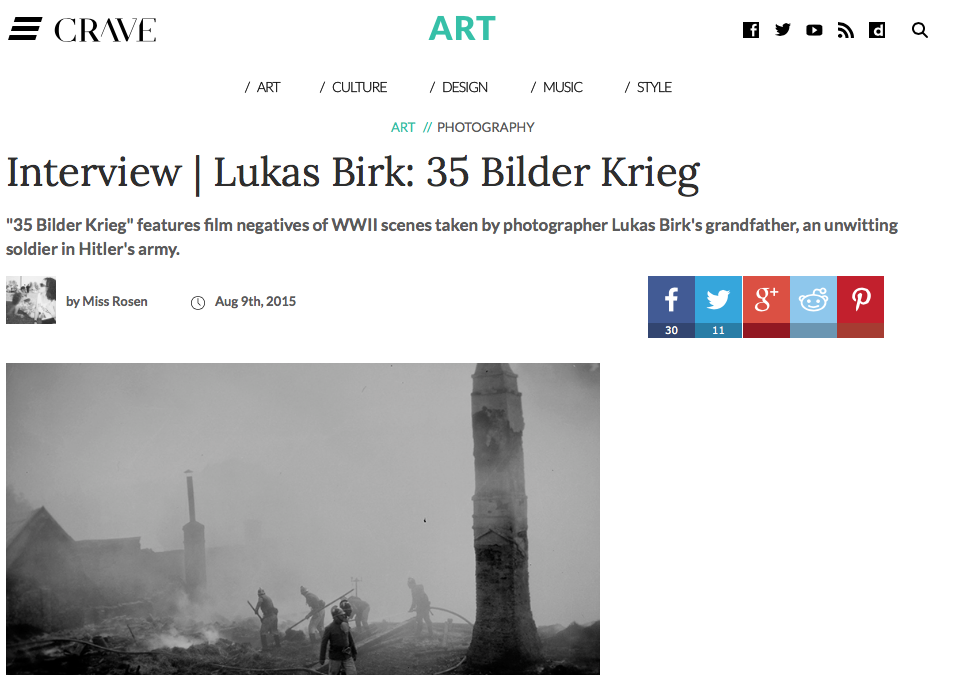 Six months ago, Lukas Birk found an envelope with the title “35 Bilder Krieg” (literally, “35 Pictures War”) written with a pencil. He recognized the handwriting. It belonged to his paternal grandfather, who had been a Lieutenant in the Austrian military when Nazi Germany annexed the country in 1938, and automatically became a part of Hitler’s army. Birk does not know the role his grandfather played in the war, and he has no one to ask, for anyone who might have spoken of it took his or her secrets to the grave.

Birk collected the photographs together in 35 Bilder Krieg, a self-published book with a special edition of 500 copies, which is now available on his website. Speaking with Crave, Birk reveals, “My grandfather Viktor was Czechoslovakian, born just before World War I and the fall of the Habsburg Empire. Though he came from an aristocratic background, the abolishment of titles and positions left the family without much financial support. Hence Birk is not our ‘real’ family name. He ‘Germanized’ his name either during or before enrolling into the Austrian military academy.”
Read more at http://www.craveonline.com/art/887549-interview-lukas-birk-35-bilder-krieg#ZahSv9OKXhHYoBcm.99